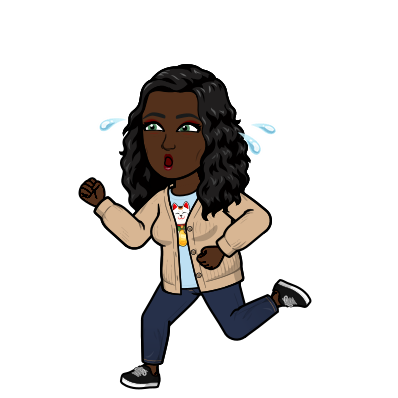 I would be on week 5 right now, but I had to skip a week. Since I started running, I have been much more fatigued than ever before. I wasn’t sure if it was a diet-related problem or a sleep issue, but I had been having problems with migraines and staying awake while studying. So, I analysed my sleeping habits as well as my diet and I made some changes. Instead of waking up 1 hour before my run, which I was doing because I wanted to believe that I could force myself to get up and spend 1 hour doing something like journaling, I wake up at the time that I need to go running and immediately get dressed and leave. I’ve also noticed some insomnia since I’ve been paying attention to my habits. The insomnia is due to anxiety that I have not completed enough to go to sleep- which will lead to my failure. On school days, I only wake up 1 hour before class and no more. Sleeping away from my phone has helped and I am highly considering purchasing a kindle instead, so that I can read until I fall asleep. Meditation helps somewhat with falling asleep, but it actually seems to cause nightmares that are flashbacks of traumatic events. I’ve started eating mixed-green salads several times per week, along with more sauteed vegetables, and less bread. I also don’t eat past 7pm. This has made me feel a bit better as well.

The last run that I did was a little tough, but I realized my form was the cause. I was intentionally widening my stride because I recognize that I have a short stride and I thought it was a problem. The increase in running periods hasn’t been that bad though, I just have to remember to keep my posture upright. I’m looking forward to week four!